Fulfilling the immense efforts, dedication, and the vision of Prof Sampath Amaratunge, Vice-Chancellor, University of Sri Jayewardenepura and his teams, the Ministry of Higher Education and Highways of Sri Lanka officially announced the establishment of the Faculty of Technology through the Gazette Extraordinary (No.1948/59 Order under Section 27(1). The Universities Act. No 160 1978) that was published on 8th of January, 2016.

The government of Sri Lanka introduced the technology stream to the GCE Advanced level examination serves not only as a certification exam but also as the criteria for selection of the students for Sri Lankan state universities and other higher education institutes. The government of Sri Lanka introduced technology to stream to the GCE Advanced Level in the year 2013 as a strategy to harness the talents of youth by providing an education that embraces competencies to satisfy the needs of the nation. Inaugural examinations technology streams were held in the year 2015. The introduction of new undergraduate programs in the Sri Lankan University system was expected to provide an avenue for those who are ambitious to work in the industry and/ or open their higher studies and under the technology streams. 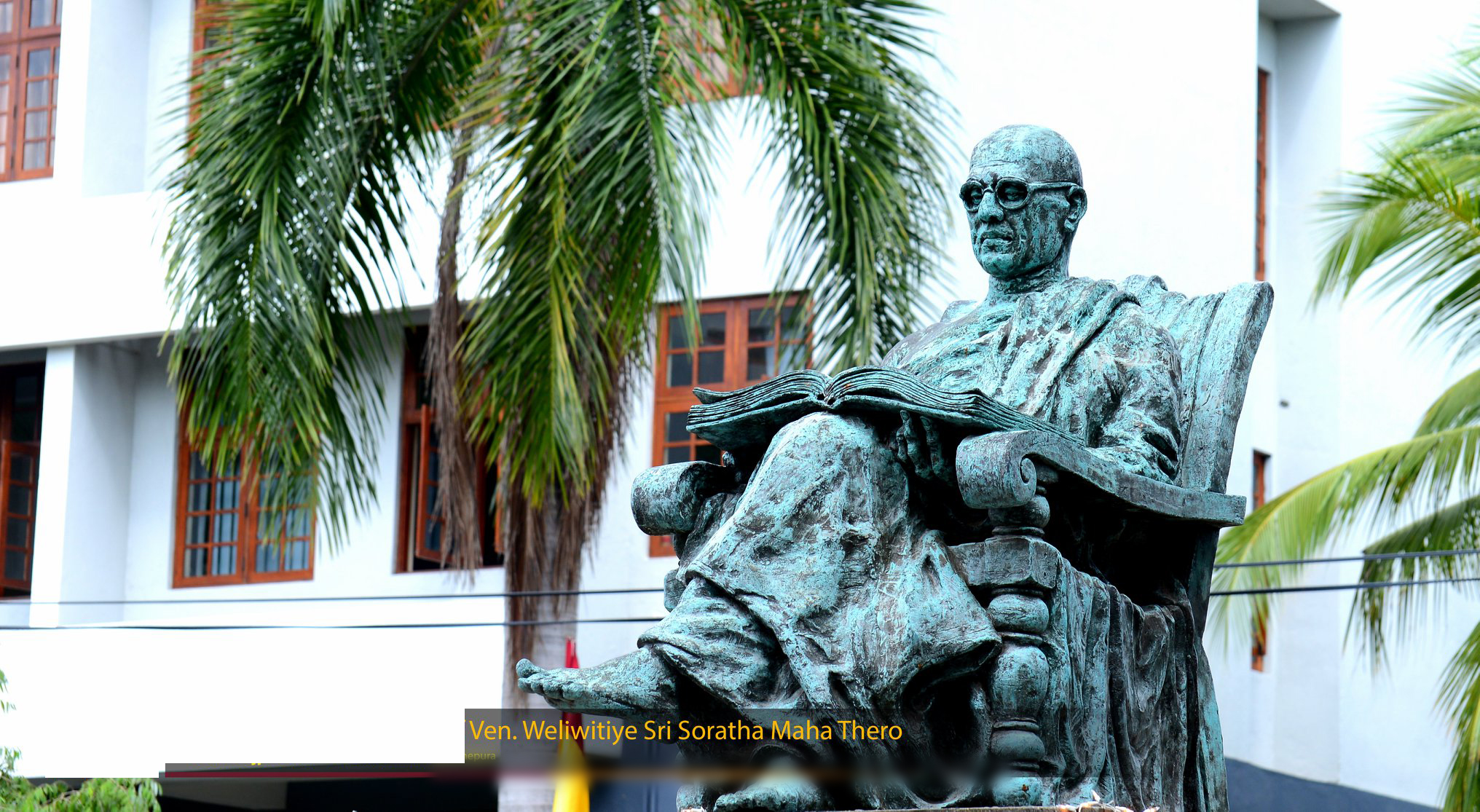 The University of Sri Jayewardenepura came forward and accepted to establish the first-ever Faculty of Technology in the Sri Lankan University system, supporting this government initiative. Following that decision, the establishment of the Faculty of Engineering and Technology at the University of Sri Jayewardenepura was initiated in 2013 by the former Vice-chancellor Dr. N.L.A. Karunaratne by appointing Prof. P.B. Mandawala as the project coordinator. Upon taking his chair as the newly appointed Vice-chancellor of the University of Sri Jayewardenepura, Prof. Sampath Amartunge shouldered the responsibility of the process of establishing the Faculty of Engineering and Technology. With his leadership and guidance, the University Council appointed an advisory board consisting of four eminent academics: Prof. D.A. Tantrigoda chairman), Prof. Ajith Abeysekara, Prof. M.M. Karunanayake, and Prof. K. Deheragoda in order to provide their guidance to this project. Based on the recommendations made by the Vice-chancellor, the University Council approved the appointment of two leading academics, Prof. Kapila C.K. Perera and Dr. Ranjan Perera. They accepted the lead consultant roles for developing the academic programs for technology degree in March 2015. Simultaneously the Vice-chancellor and the University Council approved the appointment of Dr. Rajitha Gunaratne as a temporary senior lecturer to support lead consultants in the curriculum development. After a month, late Dr. Tharaka Ariyadasa was recruited by the Vice-chancellor as a temporary senior lecturer to strengthen the development team of the Technology Faculty. The technology team carried out their work from VC’s lodge which was provided by the vice-chancellor. A team of six senior consultants representing different technology areas, Prof. T. M. Pallewatta, Dr. L D.J. F. Nanayakkara, Dr. T.A Piyasiri. Dr. Ranjith Amarasinghe, Mr. D. K. Withanage, and Mr.J.Meegoda were appointed by the University of Sri Jayewardenepura with the advice of the Vice-Chancellor to support the lead consultants. In 2016, Prof. Siromi Samarasinghe from the Faculty of Applied Sciences was appointed to strengthen up the senior consultant team. Initially, six In-house consultants; Dr.S.B Navaratne, Dr. I Wansapala, Dr. (Mrs.) S.Weerasinghe, Dr.E.A.T..A Edinsuriya, Dr.T.G.I Fernando, and Dr.L Ranatunge, from the Faculty of Applied Science, were appointed as consultants for the development of the curriculum together with the two lead consultants. The technology team was thus established and took over the responsibilities of developing the curricula for three Technology Honors degree programs, fulfilling the need for technology education in Sri Lanka. Workshops were organized to understand the student’s attributes, breadth, and depth of the curriculum. Subsequently, the progress and the proposed curricula were presented to the University Senate. At this stage, the University Senate recommended establishing two separate faculties for Technology and Engineering.

The proposed Technology curricula were then recommended to the University Council upon the approval of the University Senate on 23rd September 2015. Followed by the recommendation of the University Council on 08th October 2015. University Grants Commission approved the proposed Technology curricula for three-honors degree programs including the 9 specialized subject areas on 19th November 2015. Progress of the Establishment of the first-ever Faculty Technology in Sri Lanka was presented to the President of His Excellency Maithripala Sirisena, to the Minister of Higher Education and Highways Hon, Lakshman Kiriella and State Minister of Higher Education Hon. Mohan Lal Grero by the Vice-Chancellor on several occasions. Fulfilling the immense efforts, dedication, and the vision of Prof Sampath Amaratunge, Vice-Chancellor, University of Sri Jayewardenepura and his teams, the Ministry of Higher Education and Highways of Sri Lanka officially announced the establishment of the Faculty of Technology through the Gazette Extraordinary (No.1948/59 Order under Section 27(1). The Universities Act. No 160 1978) that was published on 8th of January, 2016. At the initial stage, the Faculty of Technology was established at temporary premises in Nugegoda and then was moved to its permanent place in Techno Park, Pitipana. The government of Sri Lanka allocated required funding and land as a refund to the tremendous efforts by the university administration led by the Vice-Chancellor, Registrar, and his administrative team together with the Program Coordinator and the Academic Consultative Teams. Construction of the Pitipana Faculty premises was a joint-venture by Maga Engineering (Pvt) Limited and Engineering Consultants (ECL) and the Faculty were handed over to the university way ahead of the scheduled date of completion. Fully-fledged new Faculty premises were declared opened by His Excellency Prime Minister Mahinda Rajapaksa on 8th June 2020. In 2020, the Faculty received permission to instate three new departments: Science for Technology, Materials and Mechanical Technology, and Civil and Environmental Technology broadening the wings of the Technology Faculty. Located in the new Faculty premises, equipped with unmatched workforce and facilities, the Faculty of Technology is ready to welcome the fourth batch of undergraduate while looking forward to changing the Sri Lankan education history as no one has ever experienced before.